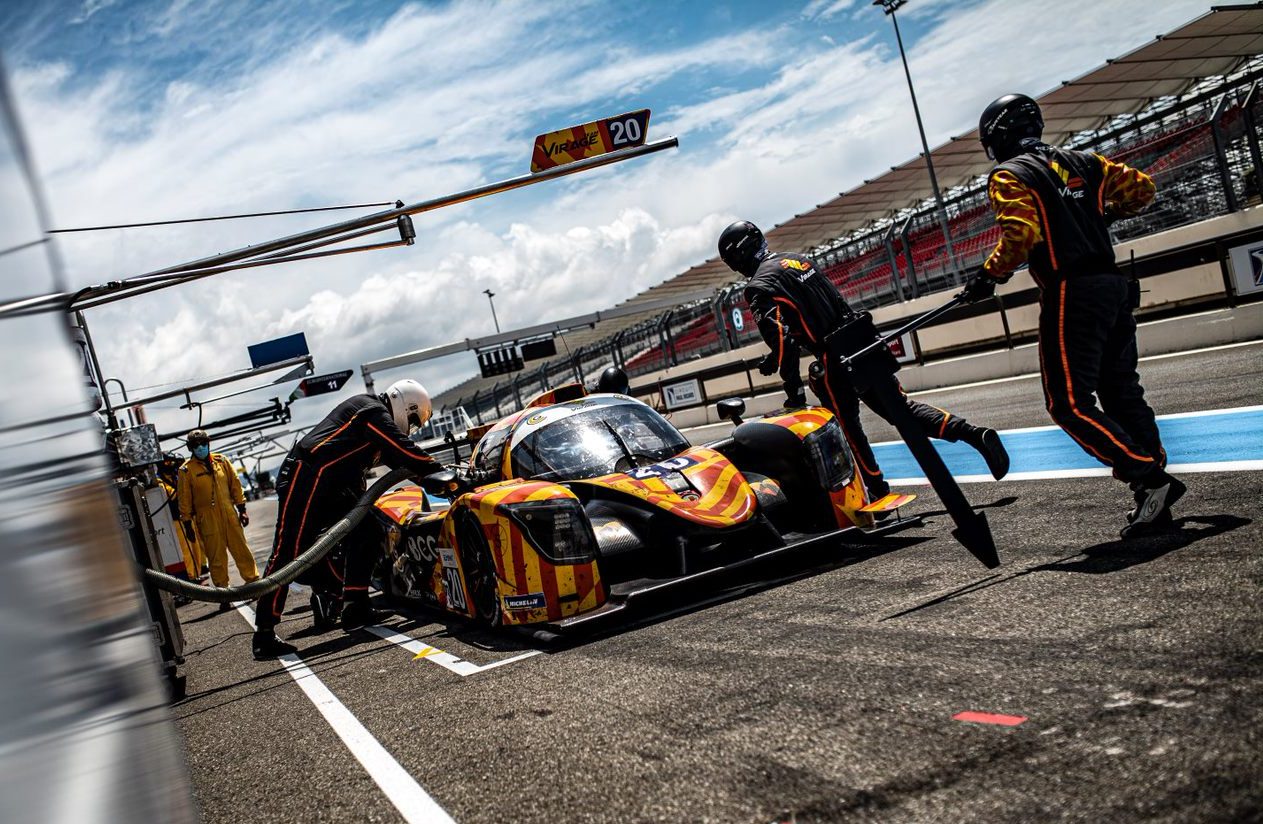 The team topped the charts in the practice and qualifying sessions with Garett Grist, Charles Crews and Rob Hodes.

As early as the first tests sessions taking place on Thursday at Le Castellet, Team Virage displayed a dominant speed, especially thanks to Garett Grist who topped the time-sheets of every collective testing session and the first free-practice. Charles Crews repeated his performance from Red Bull Ring, going fastest in the Bronze session while Rob Hodes showed promising pace on track.

In the qualifying session, Garett Grist managed to qualify the #20 Ligier JS P320 in 2nd place, scoring Team Virage’s best ever result in an ELMS qualifying.

The race started with Rob Hodes at the wheel who saw a couple of incidents hurting his pace and relegate him at the back of the field. When Garett Grist took over, the team was asked to make some repairs on the car during the pitstop, adding more time to recover for the Canadian. When Charles Crews took the wheel for the last hour, he was going on a steady pace until a mechanical failure put an abrupt end to our race when the rear end of the car started taking fire. Charles showed a very sensible reaction as he stopped in front of a marshal’s post and started taking out the fire by himself.

Charles Crews, driver #20: “We led all but one of the practice sessions, which just confirmed the pace we had. Virage gave us the car we needed to bring home some hardware but unfortunately some contact during Rob’s first stint meant that the car would have to come in for repairs which put us about three minutes down. Garett did an impressive job pulling us back up and I was happy with my pace up until the point where I had to switch from being a driver to a firefighter. “

Julien Gerbi, Team Manager: “We will retain the positive out of this event, which is that our car and our line-up were very competitive all along the week-end. We leave France with a bittersweet feeling, but we will keep pushing to finally concretise this potential in Monza next month. Special mention to Charlie for his amazing reaction during the fire, he truly saved the day.”

The next race in European Le Mans Series will take place in Monza (Italy) on July 9th, 10th and 11th.

Virage close to its first victory at Navarra