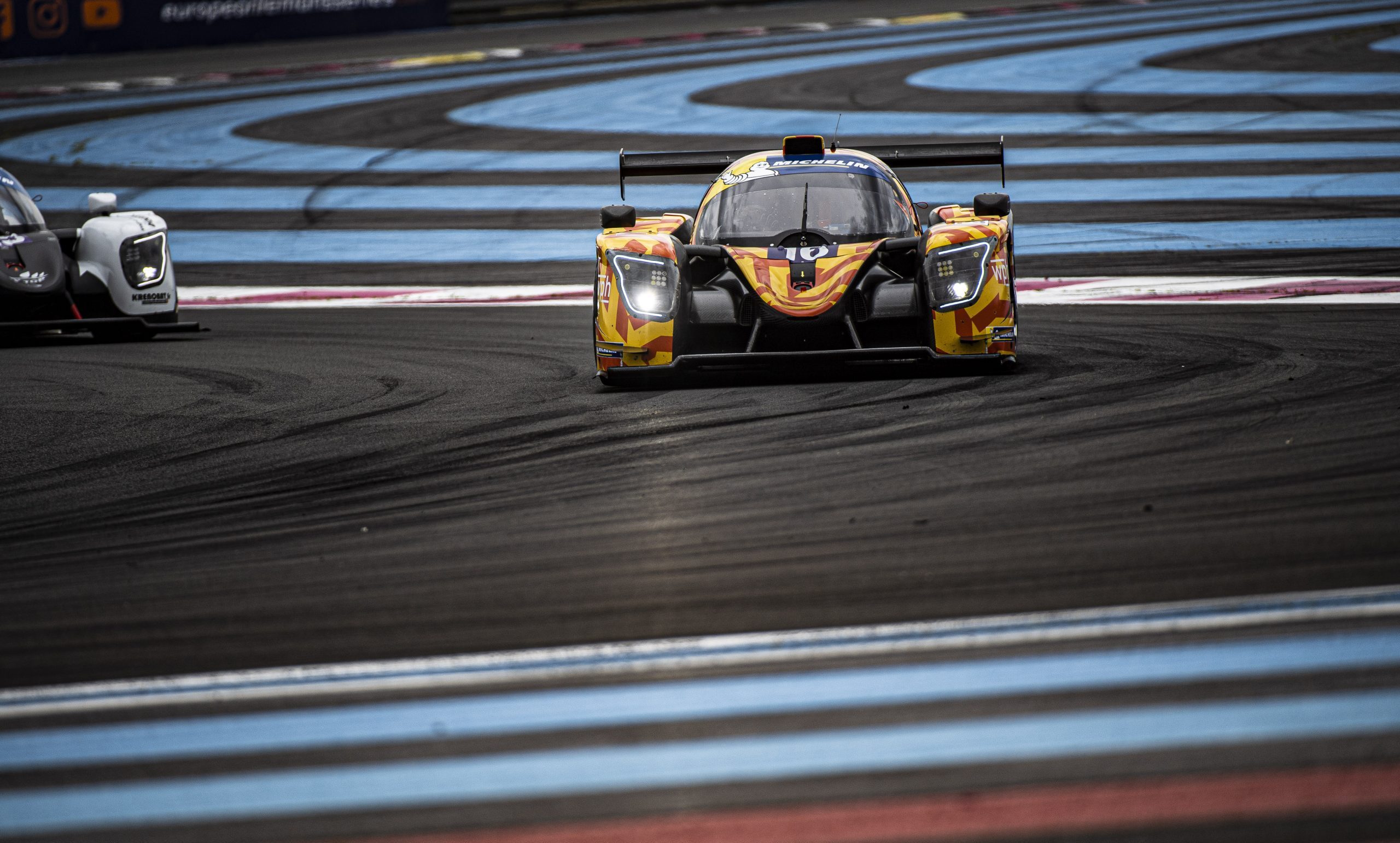 Car #16 (Luethen-Lehmann) finished in the top 10 while car #71 (Hodes-Grist) eventually had to retire during the race.

This second round of the Michelin le Mans Cup season saw a new addition to Team Virage as Matthias Luethen joined Sacha Lehmann on the #16 Ligier JS P320.

The early stages of the week-end allowed Garett Grist to fully display his speed up to setting the fastest time in the FP2 session, while the n°16 was making good progress after each session following a challenging test-day.

In a packed qualifying session on Saturday morning, Matthias Luethen managed to qualify the #16 car in 6th position while Rob Hodes qualified his #71 car in 12th position.

When the lights went out, Matthias Luethen on the #16 lost a few places at the start trying to avoid collisions while Rob Hodes was involved in an incident which saw him re-join the race at the back of the pack.

Despite a puncture in the early stages of the race, Matthias Luethen managed to keep a steady pace during his stint before handing the wheel to Sacha Lehmann who drove a trouble-free stint to bring the car home in 10th place.

Rob Hodes, in the late stages of his stint, was involved in a contact with a concurrent. Following this contact, the team decided to retire the car because of the extent of the damages.

Sacha Lehmann, driver #16: “It was a difficult race for the team and I. After qualifying 6th with Matthias, we suffered from some damage on the car during the first part of the race which handicapped us for my stint. Despite this, we managed to come home in 10th which shows the progress resulting from the hard work of the team since the start of the year.”

Julien Gerbi, Team Manager: “Our pace in practice was extremely good, and the race events didn’t play in our favour. We have seen a very strong potential on both cars in the race in France, which hopefully will materialise in results in Monza.”

The next race of the Michelin Le Mans Cup will take place on July 10th in Monza (Italy).