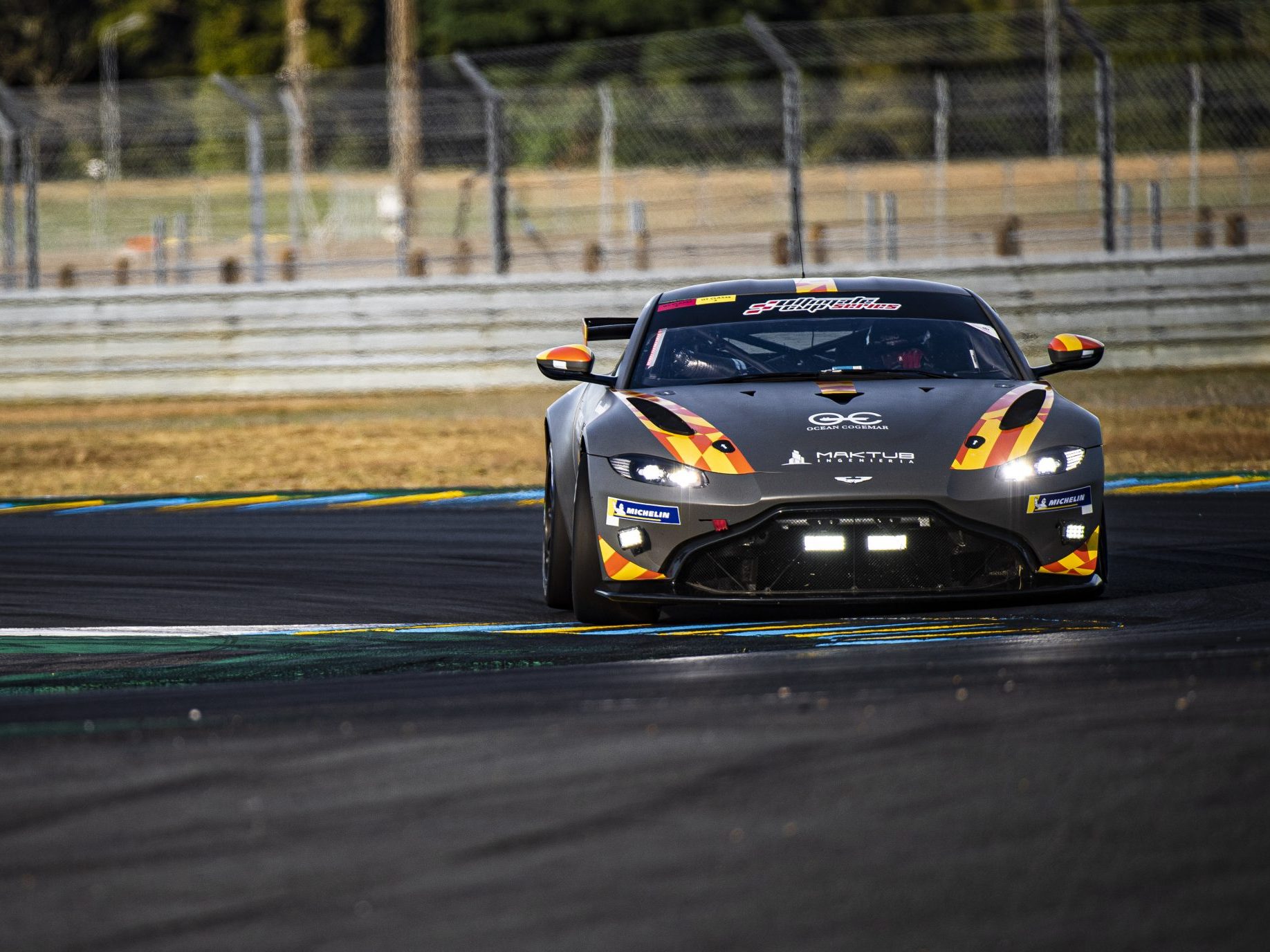 For its second outing of the year, the #16 Aston Martin Vantage GT4 was driven by Umberto d’Amato, José Antonio Ledesma and Julien Gerbi in the Ultimate Cup Series GT Endurance at Le Mans.

Entered in the 5A class of the GT Endurance Challenge, the #16 Aston Martin from Team Virage quickly proved its pace by setting the fastest time in class in every free practice session before scoring the pole position.

Jose Antonio Ledesma took the start of the 4H race on Saturday evening and had a trouble-free stint before handing the wheel to Umberto D’Amato who kept the car going at a steady pace to secure the victory for the team. As night fell upon the track, Julien Gerbi finished the race and crossed the line to take Team Virage’s first victory in GT of the year.

Umberto D’Amato, driver #16: “The weekend was amazing: the pace was there, the race unfolded the way we wanted and we secured our first win. Huge thanks to the team for the incredible effort! Can’t wait to be back already!”

Jose Antonio Ledesma, driver #16: “I can only describe the weekend as perfect: we had the best car, the best team, the best drivers. It will remain as one of Team Virages’s most memorable weekends. Huge thanks to the team for the hard work. It’s a dream come true to have won on such a legendary circuit.”

Julien Gerbi, driver #16 and Team Manager: “It was a positive week-end with our Aston Martin. The car worked perfectly, the setup was good and the reliability was faultless. We managed to score a top 10 in the general standings and a win in our category, after having scored the pole position and done our category’s race fastest lap. Umberto and José Antonio did a good job in the first stages of the race, and it was just a matter of pushing it until the end of the race. It was fun.”

Recovery drive in the first round of Michelin Le Mans Cup 

Team Virage stops its collaboration with Racing for Poland