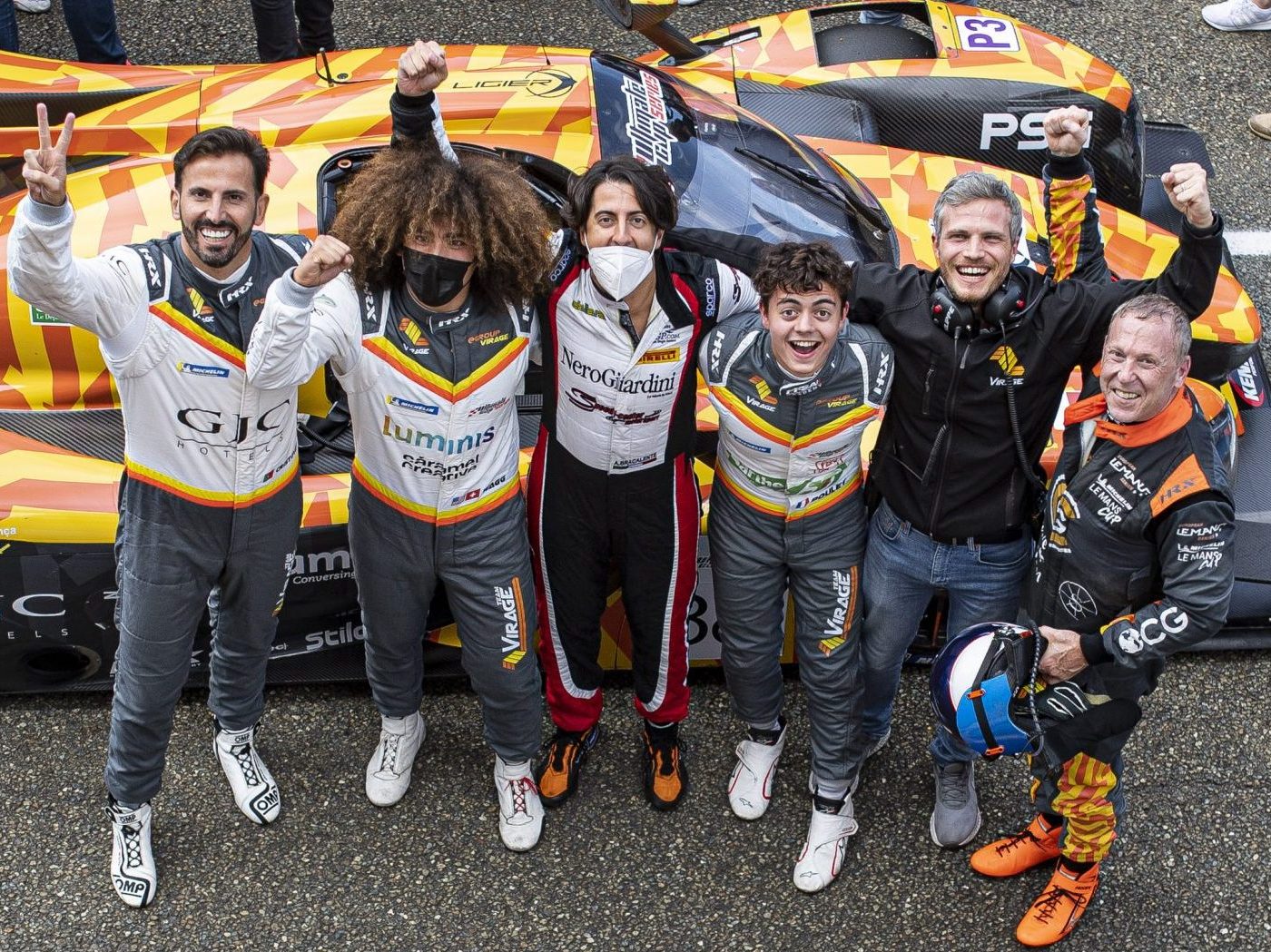 Team Virage ended a perfect weekend in Le Mans (France) for the 4th round of the Ultimate Cup Series with a 1-2 in the Proto Challenge.

As the #88 Ligier JS P320 returned with its usual line-up (Wagg, Cristóvão, Poulet), the #77 welcomes ELMS and Le Mans Cup driver Rob Hodes on board alongside Alessandro Bracalente.

After two free practice sessions, the #88 scored its fourth pole position in a row with just over a second of advantage over its rivals. Meanwhile, the #77 started the race in third place.

The start of the race saw Miguel Cristóvão keeping the lead while Rob Hodes spent the first part of his stint in 4th position before gaining a place and driving steadily in 3rd place.

The second stint of the #88 was carried out by Julian Wagg who created the gap with the following cars, also scoring the fastest lap of the race, as the #77 driven by Alessandro Bracalente was catching up on the 2nd placed car to eventually overtake him.

The numerous “Full Course Yellow” happening in the first part of the race allowed the team to be more flexible regarding the strategy which got optimized during the race.

The last stint of the race was taken by Mathis Poulet who crossed the line to take victory at his home race as Le Mans-born racer, the fourth out of four races for the #88. He was followed, in the same lap, by Rob Hodes who helped to achieve Team Virage’s first 1-2 in its history, one lap ahead of the third placed car.

Miguel Cristóvão, driver #88: “Although I had missed practice day, I liked the track and I adapted quickly. The team made a great job with the set-up of the car. We came to the race with the sole objective of winning and that’s what we did and we have made a very good step to winning the championship.”

Julian Wagg, driver #88: “It’s great to make it 4/4. The team did a fantastic job with the strategy. We made the most of every opportunity we have got and we have absolutely nailed it on that side. Miguel took a fantastic start, I did a good job and Mathis did a great closing stint and it feels great to take our 4th win of the season. Big thanks to the team for that!”

Mathis Poulet, driver #88: “It was very fun to be at my home race and I am really happy about this result for all the team. Miguel’s and Julian’s stints were perfect and I only had to finish the work, bring the car home with the win. I am very happy for the team which did a very good job in the race and also in qualifying. We now have a huge advantage in the championship.”

Rob Hodes, driver #77: “It was fantastic! It was a lot of fun to race in the Ultimate Cup Series. The team was fantastic and so was the car. We were competitive and we scored a podium so it was a really good time. And I want to thank everyone in the team for making such a good job.”

Julien Gerbi, Team Manager: “We had been expecting this 1-2 since the beginning of the season. It finally came after a good job from all the drivers and faultless pitstops from the crew. We are making a step forward towards our 2nd consecutive Ultimate Cup Series Proto title.”

Virage receives Institutions from the Valencian Community for an Open Day

AM Victory for Team Virage’s Aston Martin in Portimao