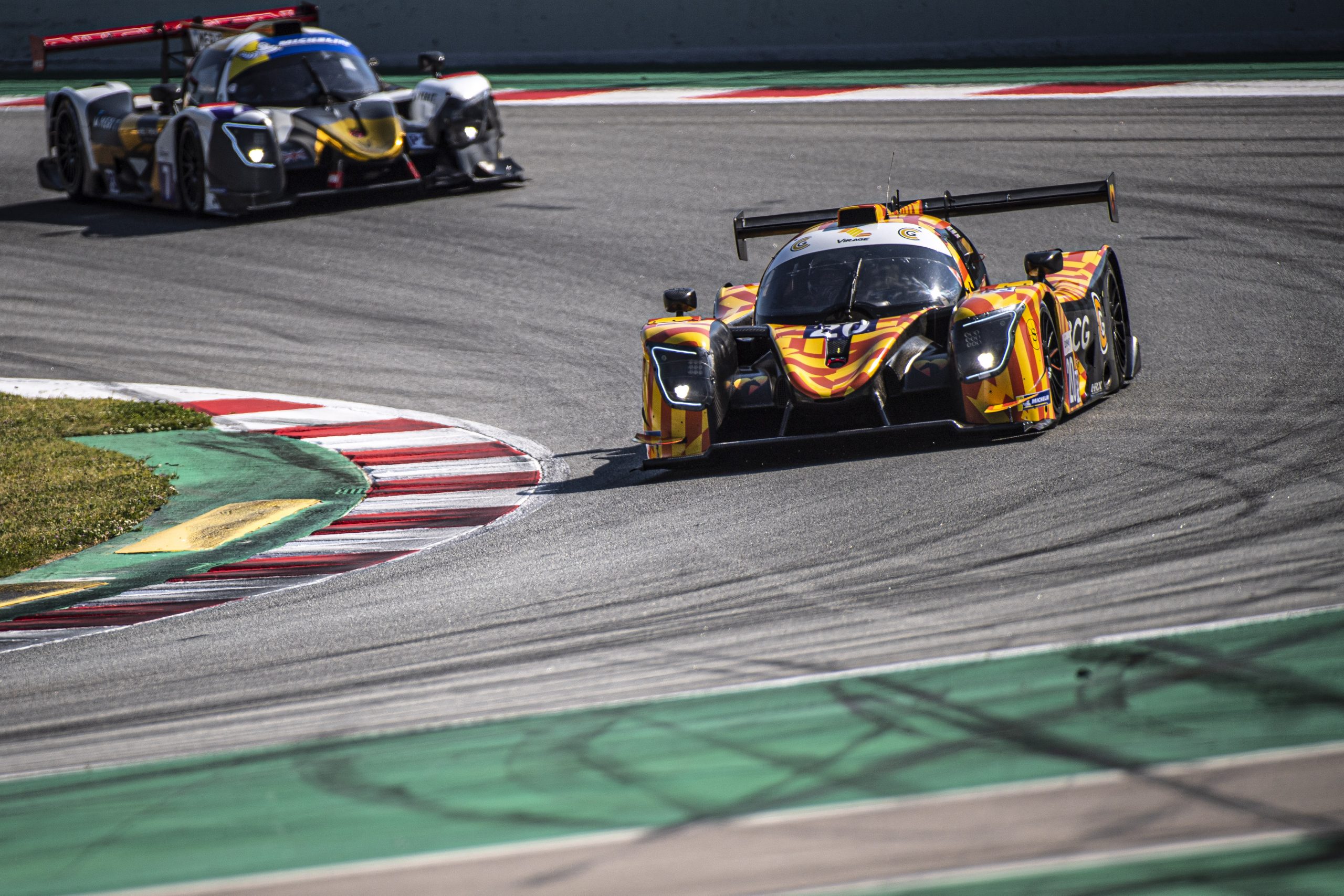 For the first event of the year, Team Virage scored an encouraging top-10 result despite an early race incident preventing its Ligier JS P320 #20 to fight for a podium position.

Following a promising prologue where the #20 was regularly in the top 5, Garett Grist had managed to qualify the car in 7th place for the 4 Hours of Barcelona.

In the early stages of the race, Rob Hodes had to avoid a spinning car ahead of him and lost contact with the rest of the LMP3 field. Despite this setback, Rob demonstrated a solid pace, placing himself among the quickest Gentlemen drivers on track. After his one-hour stint, he was replaced by Garett Grist for a double stint to come back in the midfield. This change of strategy paid off as Garett proved to be one of the three fastest LMP3 drivers on track and brought back the car in the top 10. Charles Crews then brought the car home in 7th place, battling alongside silver-ranked drivers and scoring good points for the team on its debuts.

Rob Hodes, driver #20 ELMS: “We were fortunate to salvage 7th place points today. Shortly after the early safety car, an LMP2 spun in front of me in turn 7 and I had to go into the gravel trying to avoid contact. Their spinning rear clipped my driver side pod and I was very fortunate to keep enough momentum in the gravel spin to get to the rim of the track, albeit facing the wrong direction.  Unfortunately, a safe race return cost a terrible amount of time.  On the bright side, we were lucky to still be in the race.  Both Garett and Charles did a phenomenal job on pace to keep us in the points and we collectively had podium pace today.  Thanks to everyone on our Virage team for great car prep and flawless race execution.”

Garett Grist, driver #20 ELMS: “I think we should be happy with where we ended up considering we were a lap down less than 30 minutes in. We switched the strategy up and put me in second to get us back on the lead lap as much as possible. It was a great call by the team. We were so fast all weekend, Rob and Charles did a great job. We had the pace to win both races which is a huge start to the year.”

Charles Crews, driver #20 ELMS: “We showed a lot of potential in our opening round however we failed to capitalize on the results we desired. Our pace proves that we are capable of fighting for victories on a regular basis. Everyone is digging deep to improve for the upcoming round in Austria. Want to thank everyone at Virage for the late hours and hard work that they have put in to make this a successful season.”

The next ELMS race will take place at the Red Bull Ring (Austria) on May 16th.

Team Virage close to the podium for its first LMP3 race