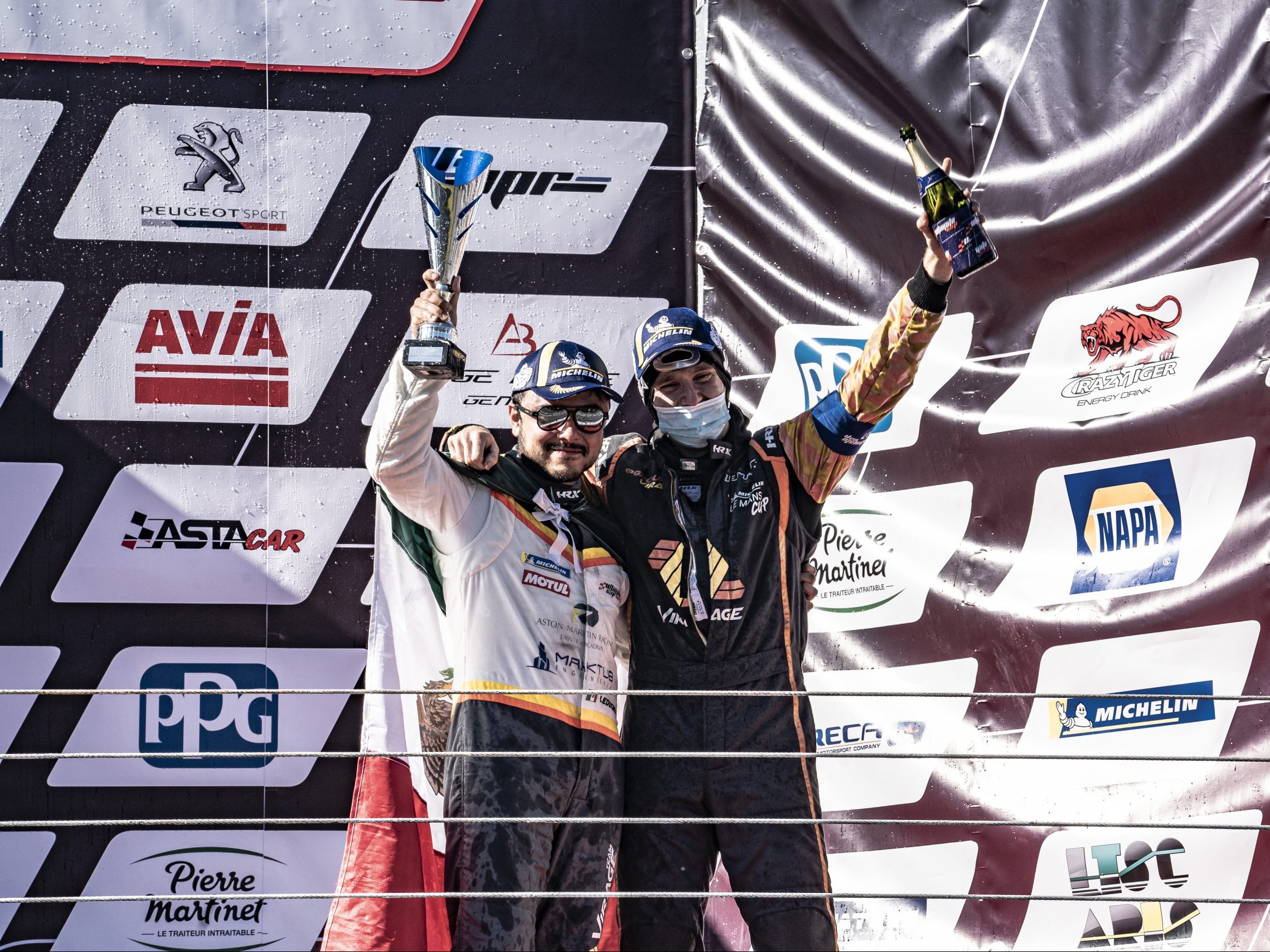 Team Virage arrived with high expectations in Estoril as Jose Antonio Ledesma was in contention to claim the title in the GT Endurance challenge in the GT5A class after two podiums during the year. For this last round of the season, he was joined by Frenchman Xavier Follenfant and Austrian Jase Gleichberg.

While the first practice session saw the drivers quickly go up to pace and adapt to the track, an incident in another category cancelled the second session on Friday evening. After a promising second practice, the team suffered from a setback in qualifying when the car went off- track, causing important damaged to the front end and preventing the team from taking part to the rest of the day.

As the damaged suffered in the accident were too important to continue using the car, the team got the help from ProSport to run with their spare car for the race. Xavier Follenfant took the start from the back of the grid. His great early pace allowed him to gain more than 10 places and within an hour, Team Virage was leading the GT5A category. With a quiet race, Jose Antonio Ledesma crossed the line in 2nd place in the GT5A category which was enough to secure him the title in category for 2021.

Jose Antonio Ledesma: “It is definitely a dream come true. I still cannot believe that we are champions. As Julien’s said, ‘the 3rd one is the good one!’. I am very happy, this is one of the biggest achievements of my career. I want to dedicate this title to all the people who believed in me and of course, Team Virage for the job.”

Xavier Follenfant:” This was a great weekend with a great team. I am very happy to have been able to help the team getting the title in GT5A. This first experience with Team Virage makes me very enthusiastic for a comon future together. I would like to thank the team for the work and for the good mood during the whole weekend.”

Julien Gerbi: “José Antonio and Xavier did a superb job during this race. They were quick, consistent, smart in traffic. All that you need to get success in Endurance. José Antonio was at his third shot of a title with us, and every time, bad luck and incidents came into play. This time he made it! Xavier was a very good surprise. He came to Virage recommended by Jean-Bernard Bouvet’s “La Filière Endurance”, and showed all the qualities of a very good endurance racer. We are looking forward doing more programs with both of them!”