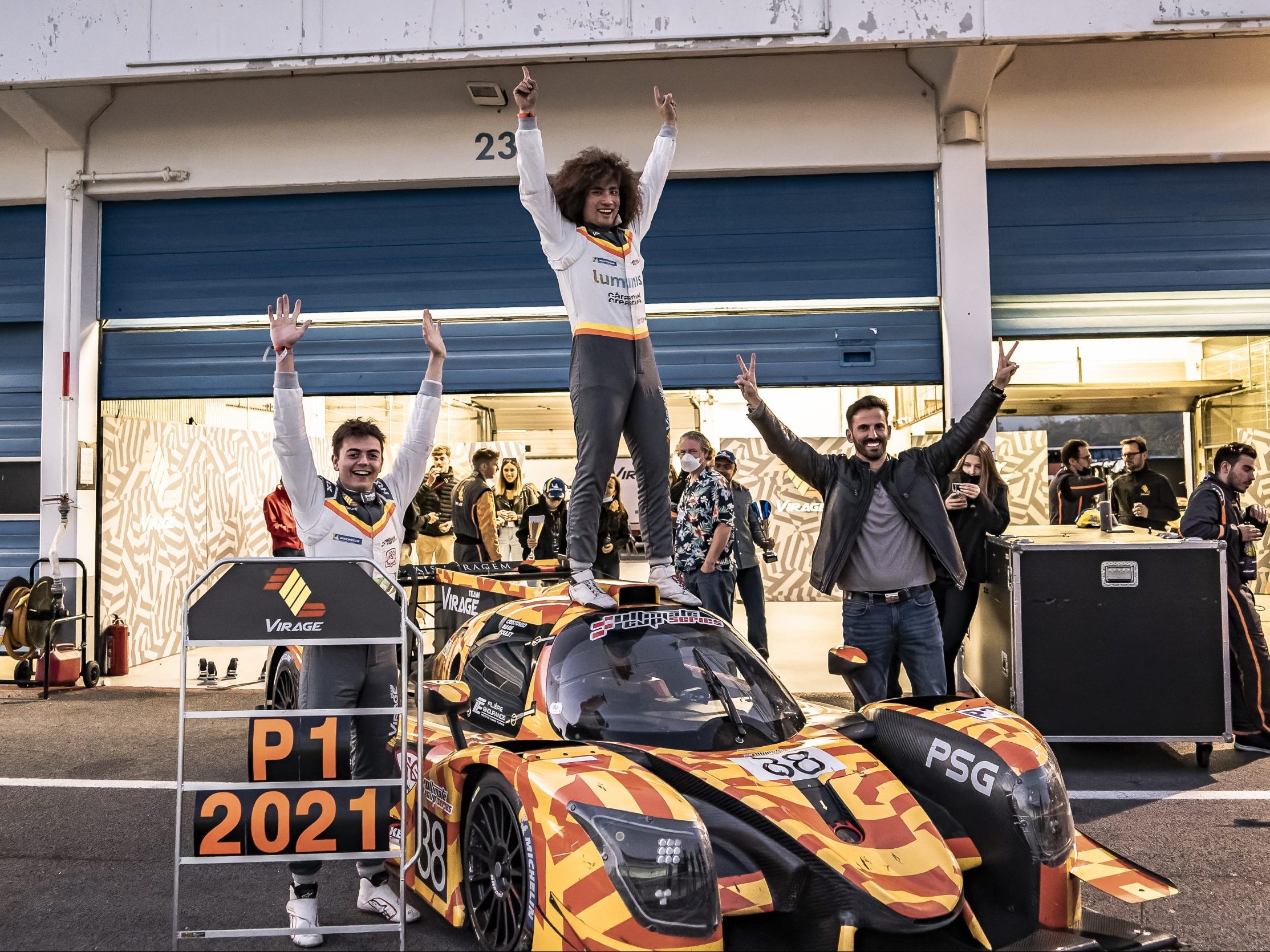 After skipping the last Ultimate Cup Series event in Magny-Cours, Team Virage arrived in Estoril with the only ambition to claim the title with the Ligier JS P320 #88 driven by Julian Wagg, Mathis Poulet and Miguel Cristóvão. The #77 was driven by Alessandro Bracalente and Stéphane Adler, returning to the team after his podium earlier in the year in Le Castellet.

The weekend started with both cars up to pace in the two practice sessions. Although the team did not manage to top private practice, the #88 absolutely dominated qualifying with the fastest times in every session and securing their 5th pole position in 5 attempts. The #77 joined them for a front-row Virage lockout.

The start of the race saw Miguel Cristóvão building a consequent gap with the second-placed before the safety car came on track for a long intervention which allowed both cars to serve all their mandatory handicap pitstops of the race. However, a safety car procedure infringement saw car #88 being served with a 10-minute stop and go penalty which ended their chances of victory.

Since the #88 only had to finish the race to get the title, that is what Mathis Poulet did crossing the line in 3rd position, offering Team Virage a second title in a row in the Ultimate Cup Series Proto Challenge. Fighting the for the win, the #77 eventually had to settle for second under the chequered flag, in the lap of the winners.

Mathis Poulet: “Incredible feelings to cross the line and being champion. Really happy about the year we’ve done. Proud of the Team Virage and my two teammates Julian and Miguel. For sure, this season will be remembered.”

Miguel Cristovao: ”It was an up and down weekend. We claimed pole position and at the start of the race, we managed to build a solid advantage. However, our race was destroyed by the penalty. We still managed to get a podium and win the championship for the second year in a row. I would like to thank all the team for their effort this weekend and all year long.”

Julian Wagg: ”2x UCS champions. It feels good to know we could do it twice in a row. But most importantly, the amount of hard work and dedication that every single member of Team Virage has put into this season was immense. It would have never been possible without them. I can’t thank them enough for making this season the crazy adventure that it was!”

Alessandro Bracalente: “I am so happy about our race with Stéphane. We got a good result for our first time together. Track conditions were very tricky and I had to manage it throughout my race stint. I accumulated a lot of experience during all the week-end. Congratulations to the team and my teammates in car #88 on their championship!”

Stéphane Adler: “The weekend was excellent with good weather, good car preparation and a bit of luck as well. When everything goes your way, you cannot expect less than a podium and that is what happened. I took a lot of pleasure in a team which is always willing to go the extra mile. You do not want to disappoint anyone because they all give their best to give the maximum result on track.”

Julien Gerbi: « It has been another memorable season for our LMP3 squad. Most probably, the #88 could have scored its 5th victory in 5 races without the penalty, but rules are rules. We still win the championship despite missing one race this season, while the #77 showed it could also be a victory contender. Congrats to all our drivers for their good job this season, and to our full staff – on-track and at the workshop – for their hard work and commitment.”