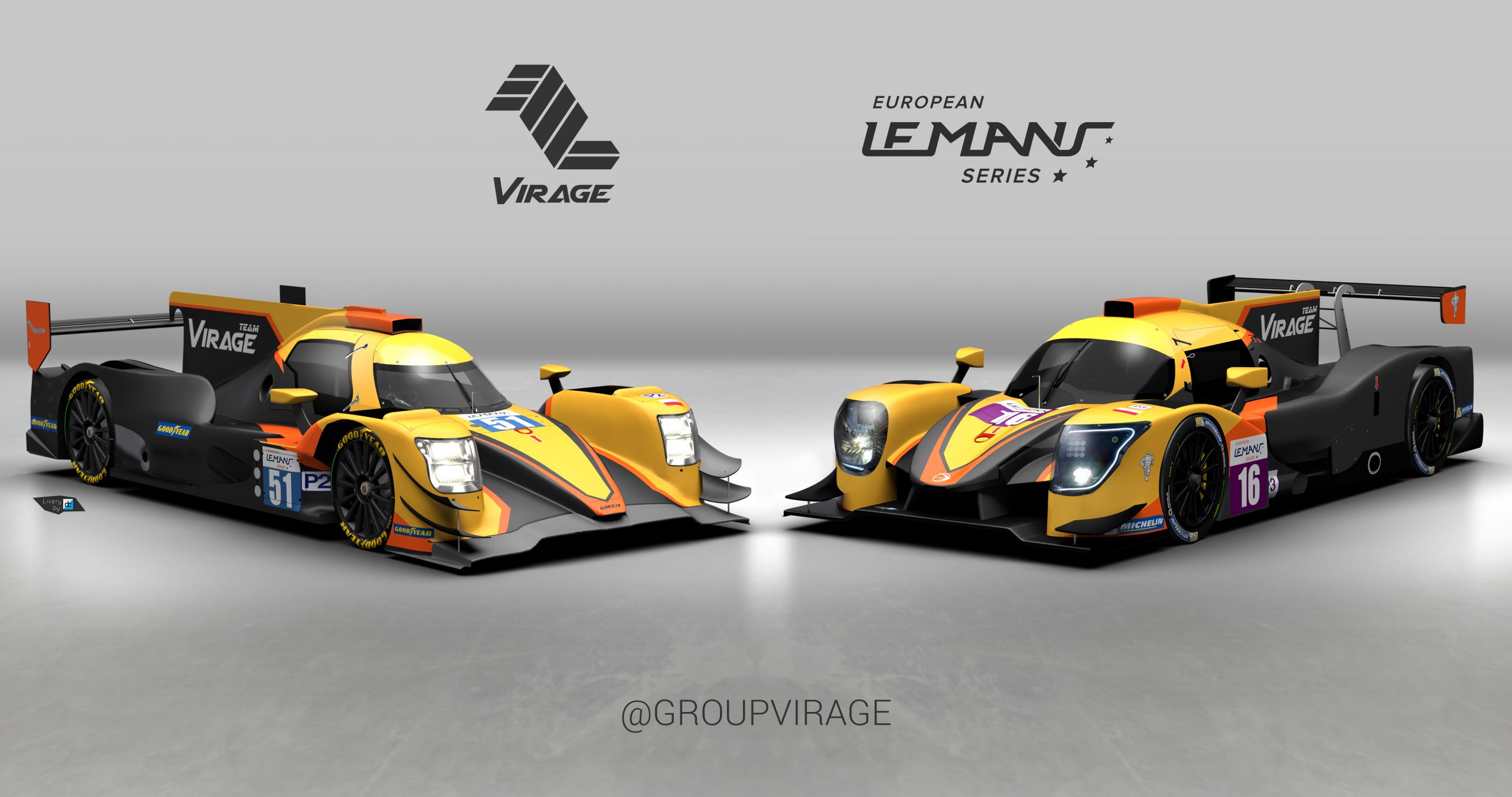 After an encouraging first season with the LMP3 in ELMS, the Polish team based in Spain will compete in the LMP2 category with an Oreca 07 alongside its program in LMP3 with a Ligier JSP320.

While the line-up is yet to be announced on the LMP2 #51 car, we will see Sacha Lehmann’s promotion from Le Mans Cup in LMP3 after a very promising 2021 season which revealed the silver driver on the European scene. Beside him, the team welcomes the arrival of German bronze driver, Alexander Mattschull. 3rd placed of the 2021 Le Mans Cup campaign, Mattschull showed great pace and solidity on track and will be a strong asset for the #16 car. The third driver is yet to be announced.

2021 was a positive season for Team Virage, showing its potential for its first year in European Le Mans Series and Le Mans Cup while being crowned with a second consecutive title in Ultimate Cup Series LMP3.

The team’s testing program already resumed a couple of weeks ago and will pursue through the winter, before the season starts in April with the first race in Le Castellet.

Philippe Gautheron : “The experience taken in 2021 has been very useful and our team is ready for the upgrade in LMP2. We are building up a strong drivers/team package in both categories and we are expecting a great season.”

Julien Gerbi : “We are excited for this upcoming season. We made the jump to LMP2, we have a very competitive line-up in LMP3, we have a strong and motivated staff. All the ingredients are there for a good year and we will give our best as always.”

Alexander Mattschull : “I am happy to join Team Virage. 2022 will be a big challenge as the team, the championship and the Ligier will be new for me. But we have a competitive package and we aim to fight for good results!”

Sacha Lehmann : “This adventure in LMP3 started one year ago with Virage, and I am super happy to continue with them. Thanks to them, I learned a lot last year and I’ll give my best to score the best results in ELMS this season alongside Alexander, with whom I’m very enthusiastic to work.”