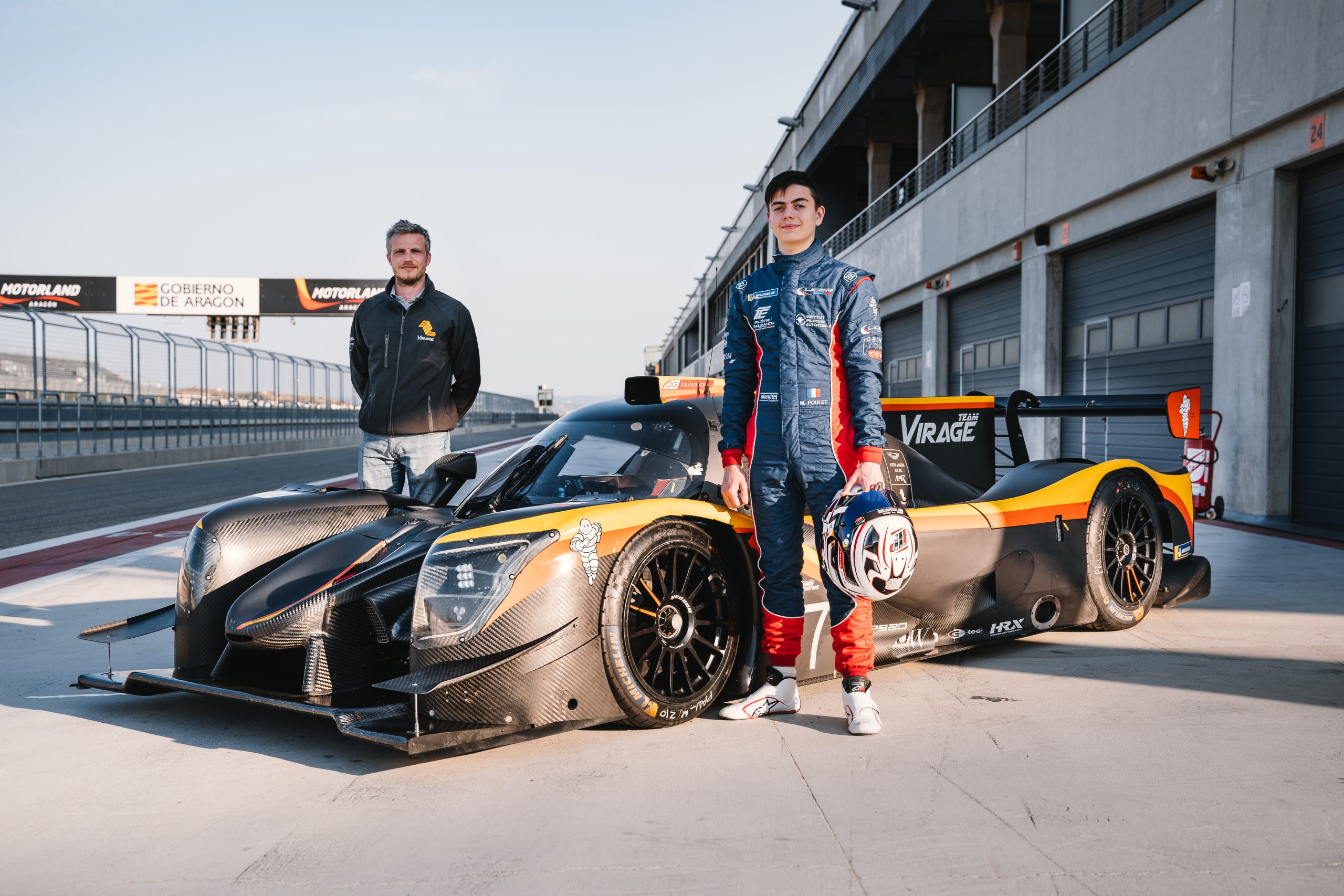 Returning as Team champions in the Ultimate Cup Series, Team Virage has signed young Frenchman Mathis Poulet for the 2021 campaign.

Mathis Poulet started his car racing career in 2019 in the French Formula 4 championship. During the same year, he kept racing in go-karts at high level, claiming the 24H of Le Mans Karting victory in the GP2 category.

Last year, he made the switch to endurance racing joining Jean-Bernard Bouvet’s Filière Endurance at le Mans. After promising tests with the Ligier JS P320 LMP3 with the team in Cheste, Mathis will defend Team Virage colours in the Ultimate Cup Series in 2021.

Philippe Gautheron, Team Virage team principal: “We are happy to welcome Mathis in our Ultimate Cup Series team. As the returning champions, we are confident we will be able to fight to keep the title with Mathis. We are also happy to consolidate our links with the Filière Endurance, welcoming a second driver of their academy in our team.”

Jean-Bernard Bouvet, Filière Endurance founder: We are very happy about Mathis joining Team Virage. The integration of our young driver consolidates our collaboration with Philippe Gautheron and Julien Gerbi’s team. This season will be about learning to race with the LMP3 after a year of private testing preparation. It will be very interesting as we have Sacha Lehmann in Le Mans Cup and Mathis in UCS in the same team. I am looking forward to seeing their progress throughout the year!

Mathis Poulet: “I am very happy to join Team Virage for the Ultimate Cup Series this season in LMP3. It is a new and huge challenge this year which I am happy to take. This is an important step towards my goal which is the 24H of Le Mans and I would like to thank both Team Virage and Filière Endurance for their trust.”

The season of Ultimate Cup Series will start on May 1st in Dijon (France) and will consist of 6 rounds in Europe until October.