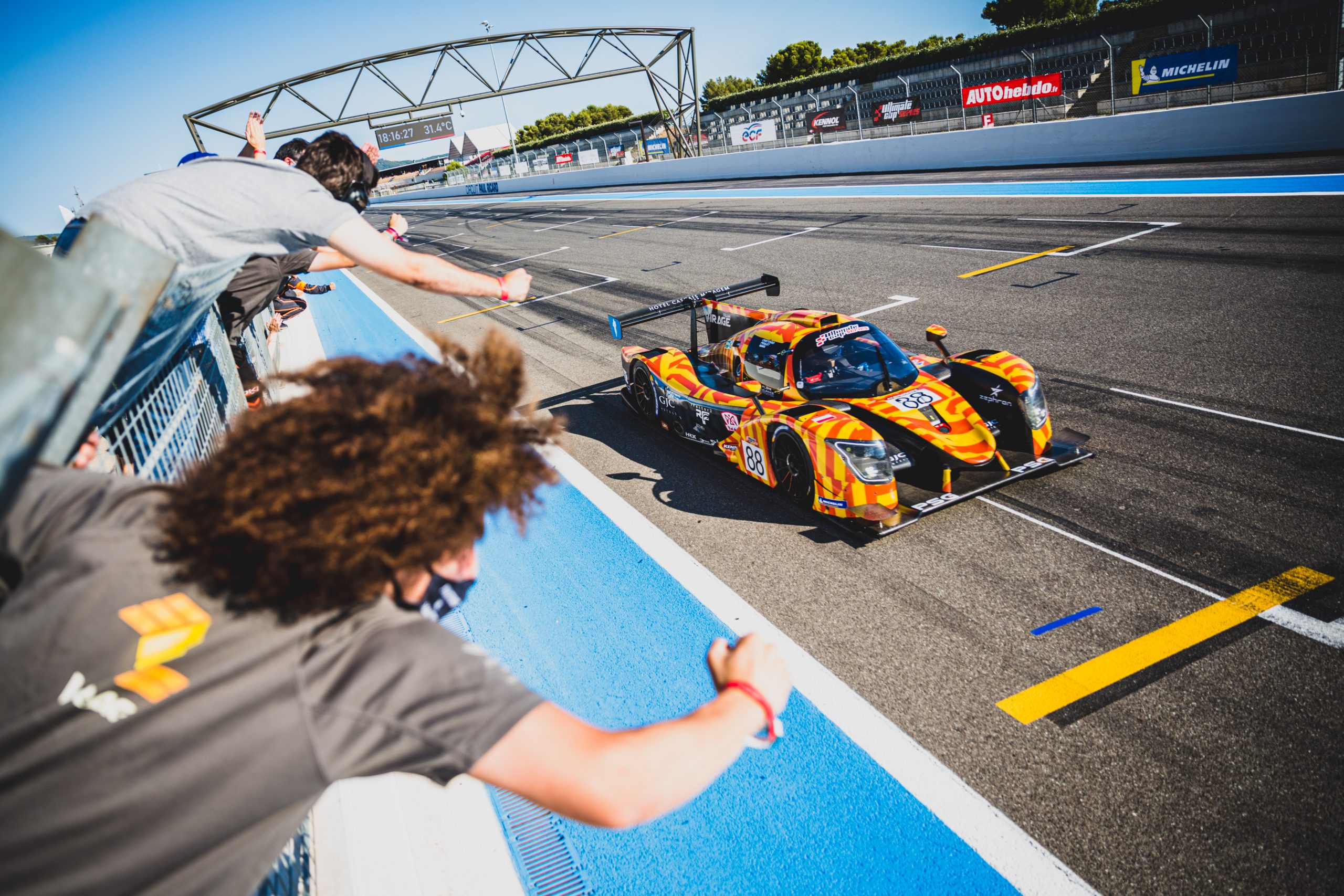 As the Ultimate Cup Series returned to Paul Ricard, this time on the long GP circuit, Team Virage aimed to keep its winning dynamic with the #88 Ligier JS P320 driven by Miguel Cristovao, Julian Wagg and Mathis Poulet. On the #77 car, Pontus Fredricsson was joined by Italian Alessandro Bracalente.

After promising first test sessions on the Friday, Team Virage sealed its first front row lockout of the year with another pole position for the #88 ahead of the sister car #77.

The start of the race saw Alessandro Bracalente taking the lead with the #77 as Miguel Cristovao kept a steady rhythm on the #88. Unfortunately for the leading car, the team was forced to retire the Ligier JS P320 following some damages sustained during the first stint.

When Julian Wagg took the wheel of the #88, he brilliantly came back to the lead of the race and gave a comfortable gap to Mathis Poulet to cross the line in first position for the third time in three races in the 2021 Ultimate Cup Series Endurance Proto challenge and extends its championship lead halfway through the season.

Julien Gerbi, Team Manager: “We came to Le Castellet with the ambition of extending the championship lead with the #88, which has been done without any mistake. We are gutted for the #77 though, which doesn’t stop to be struck by bad luck since the beginning of the season, while the potential is there to fight with the sister car. We are really looking forward to Le Mans now, with hopefully both our cars back on the podium!.”

The Ultimate Cup Series now enters its summer break and will return in September at Le Mans on the Bugatti circuit.

Virage receives Institutions from the Valencian Community for an Open Day