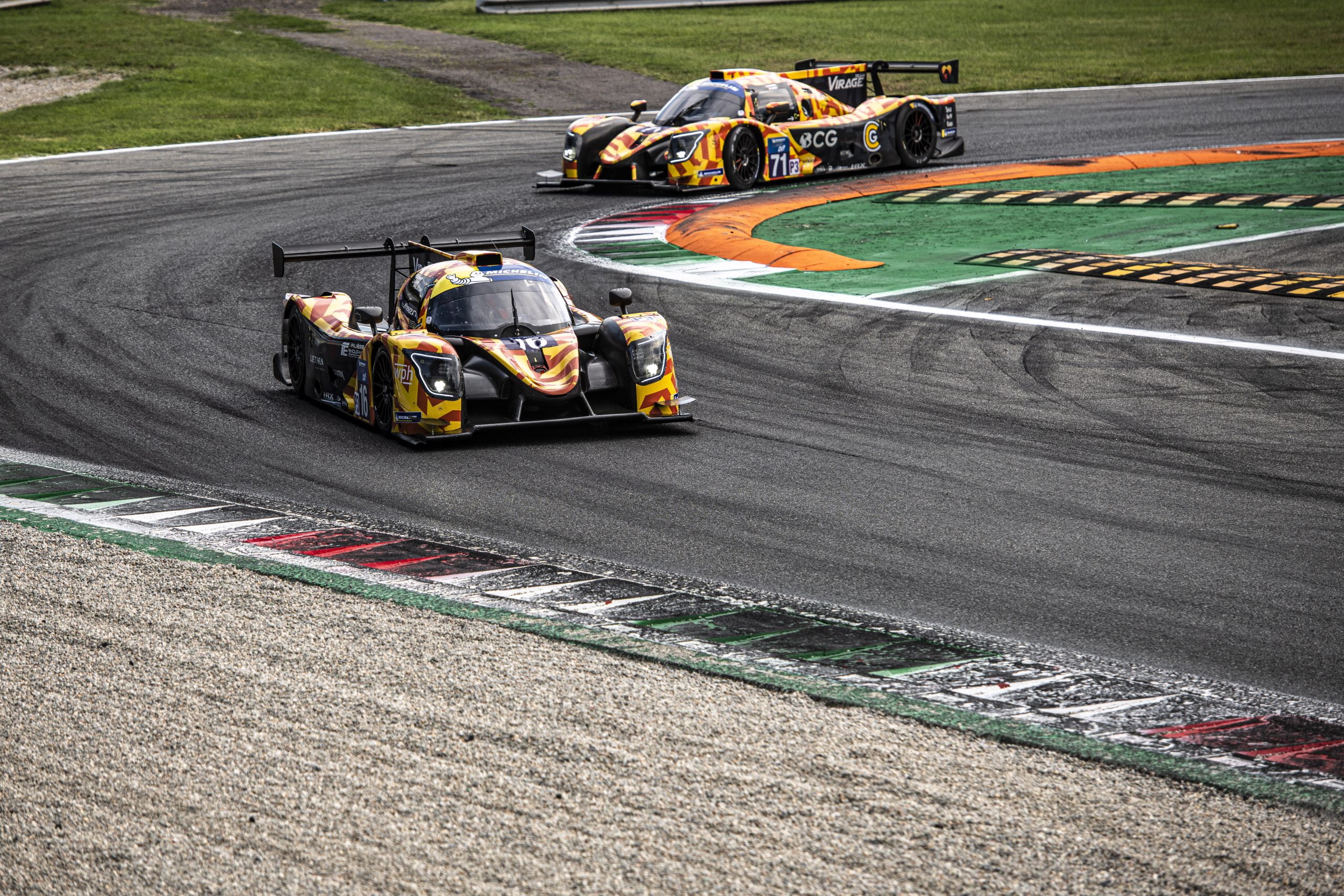 Team Virage arrived in Monza with high hopes of podiums for their two Ligier JS P320 with an unchanged line-up since the last round in Paul Ricard.

In qualifying, Rob Hodes equalled his best qualifying of the year starting from P7 while Matthias Luethen’s car was hit with electronical issues after seeing his P6 lap time deleted for track limit, preventing him from taking part to the remaining of the session and relegating him at the back of the grid.

The starting procedure and the first laps went smooth for both cars, until Matthias Luethen was the victim of an accident exiting Ascari corners while trying to avoid a stranded car on track. Matthias left the car uninjured while the safety car went out for 15 minutes to clean the track and fix the barriers.

After 45 minutes of racing, Rob Hodes passed the wheel to Garett Grist who, thanks to an alternate strategy, claimed the lead of the race and generated a +30s gap with his closest competitors until a Safety-Car ruined his advantage. He then kept a steady lead and pulled away from Wayne Boyd, creating a +12s gap until the last pitstop when he let Rob Hodes finish the race. Unfortunately, a late Full Course Yellow period straight after their pitstop ruined the chances of success, with the #71 car ending up 6th with the fastest race lap.

The next race in Michelin Le Mans Cup will be Road to Le Mans and will take place during the weekend of the 24 Hours of Le Mans on August 20-21.

Impressive work of Team Virage during the 24hrs of Barcelona