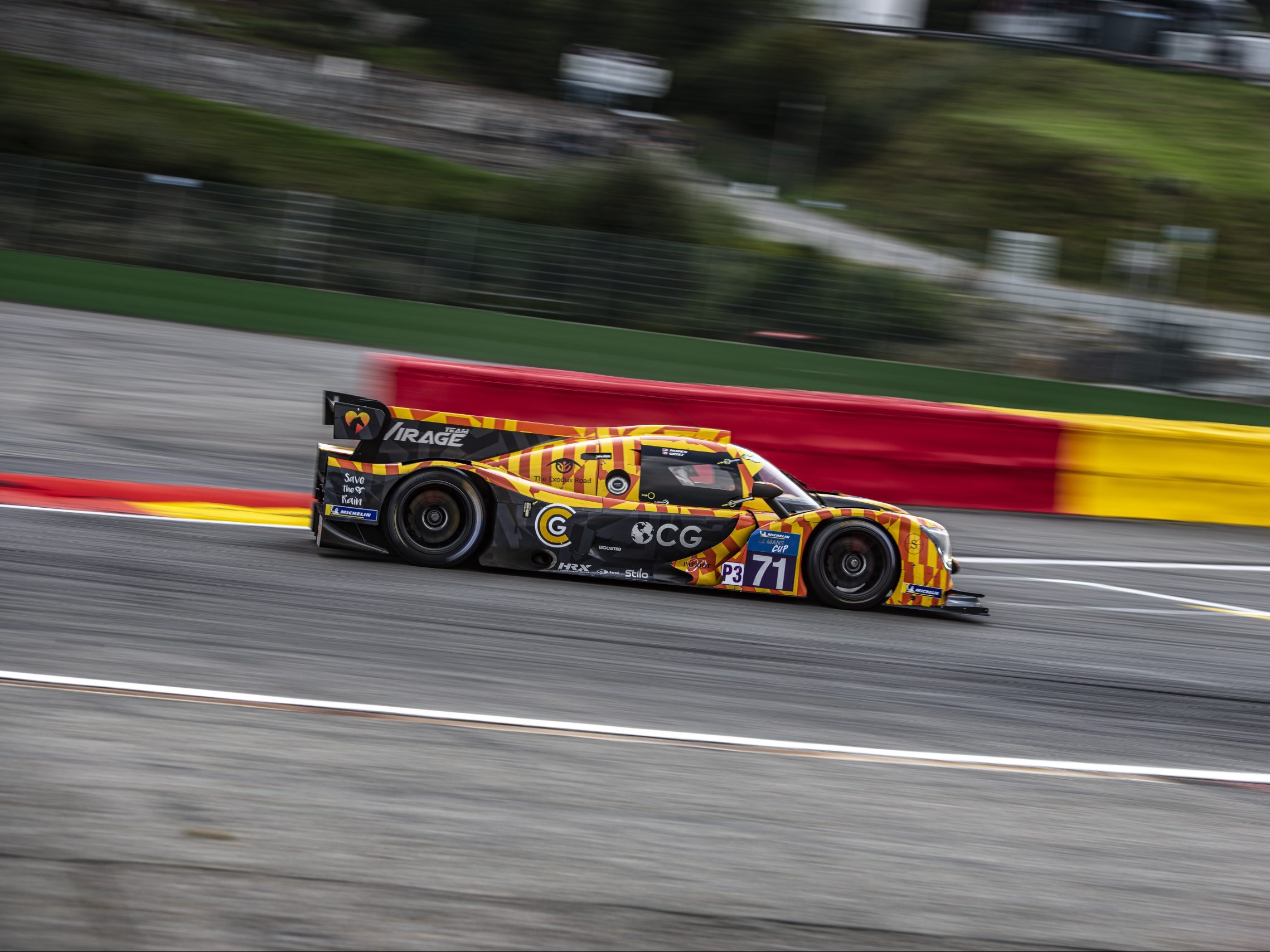 The weekend started off in a difficult way for the team. While the day of collective tests was spent under raining conditions, during which both cars showed very good pace, Matthias Luethen lost control of the car in Raidillon during the FP1. Following this incident, the car #16 withdrew from the bronze tests and the FP2 session. Eventually, Matthias was declared unfit to race following the incident, leaving his seat to Julien Gerbi on Saturday.

As the qualifying session went on, Rob Hodes qualified the #71 Ligier JS P320 in 13th place while Julien Gerbi aimed to get into the rhythm with the car on the track and qualified in 21st position.

As the start of the race saw the front runners getting into troubles at the first corner, both of our cars managed to avoid the incidents and gained a significant amount of places, Rob Hodes finding himself in 8th position while Julien Gerbi gained seven places to be 14th at the end of the first lap.

The first part of the race allowed Rob Hodes to unfold his pace while keeping every opponent behind him and not having been overtaken during his stint. Julien Gerbi, despite not having raced at Spa in 17 years, has showed great pace and overtaking manoeuvres up to finish his stint in 9th position.

At the moment when the driver-change window opened, a Full Course Yellow was implemented on track which allowed both cars to switch to their Silver drivers. As Sacha was continuing the job done by Julien Gerbi, a failing rear-left suspension has forced him to retire from the race. Despite a good pace, Garett Grist was not able to reduce the gap formed with the cars in front and was classified 8th.

Sacha Lehmann, driver #16: “Frustrating race this weekend. After a good FP1 for me, Matthias had a crash in Raidillon and we couldn’t take part to FP2 due to the amount of damage to the car. On race day Matthias has been declared unfit for the race and we had to change driver. The team decided to let Julien Gerbi drive with me like in Barcelona. Julien qualified the car P21 and before the race, my objective even with that place on the grid was to finish in Top 10. Julien started the race and drove the car up to P9 before the end of his stint! Sadly the car broke down on the rear left 25 minutes after I went behind the wheel. But that’s motorsport and we have to accept it. I am going to prepare myself well for the last round in Portimao with the ambition to finish on high.”

Julien Gerbi, Team Manager and driver #16: “It was a challenging one, jumping back in a race car at Spa for the first time in 17 years directly in qualifying. The mechanics did a great job repairing the car and we have proven the pace in the race. It was a pleasure to drive alongside Sacha once again, he did a super job too in the little time he had on track. Hopefully, all these efforts will be rewarded in Portimao.”

The final race of the 2021 Michelin Le Mans Cup will take place in Portimão (Portugal) on the 24th of October.