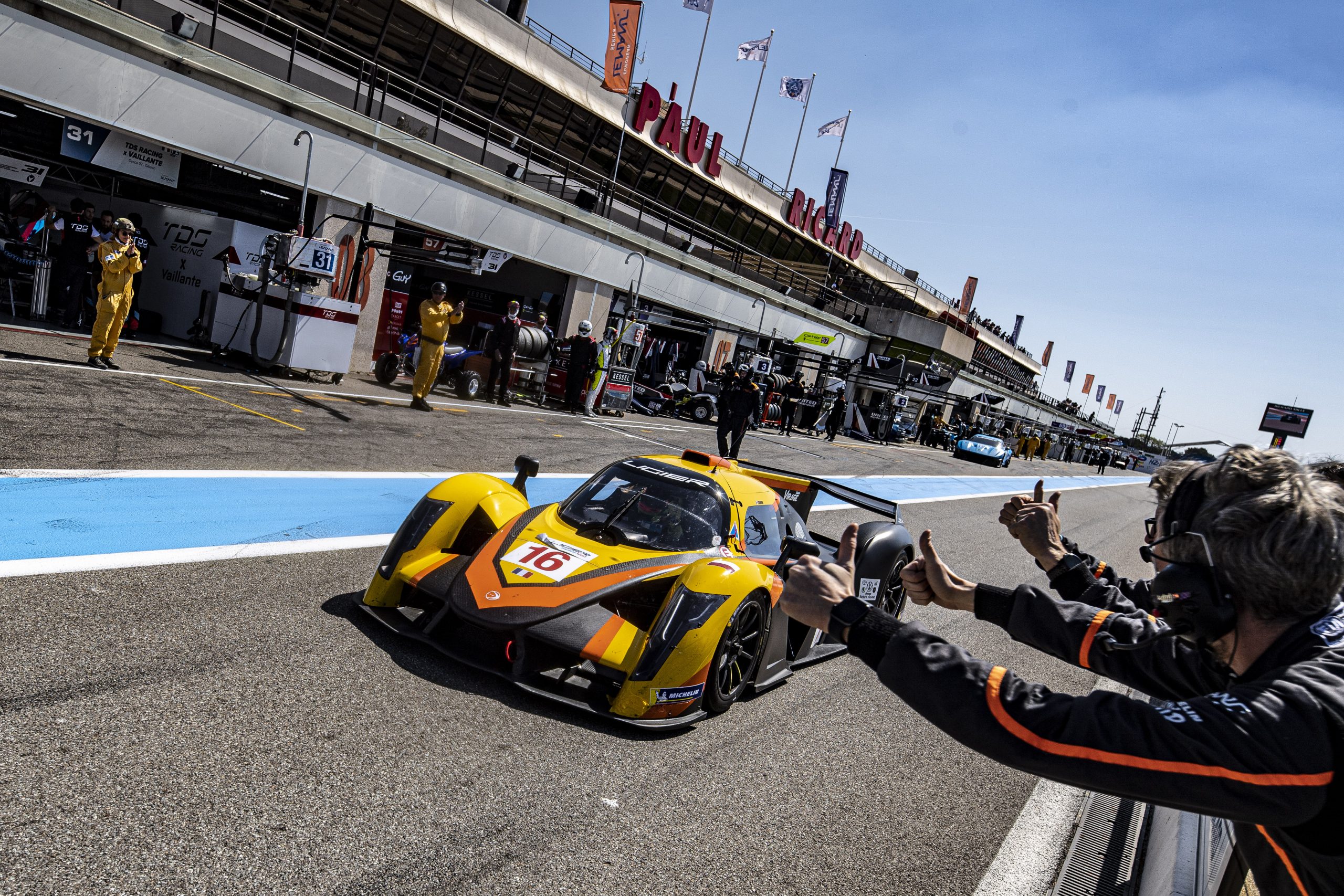 A dream start for the team as it made its debut in the Ligier European Series this past weekend in Paul Ricard. French driver Gillian Henrion left a good first impression behind the wheel of our brand new #16 Ligier JS P4.

After our recent announcement on social media, this weekend was time for our debut in the 2022 Ligier European Series together with French Junior Karting Champion and single-seater driver Gillian Henrion.

Our Friday started with two 40-minute practice sessions where Gillian and the team tried to prepare the car as much as possible for the upcoming qualifying and races. The results of these sessions looked very promising as we set the fastest time in both. We were confident looking into qualifying, and this feeling was justified as Gillian dominantly put the #16 on pole in both qualifying sessions after a tight battle with the competition in the JS P4 category. This outstanding result meant that Team Virage would start on pole for both races on Saturday.

In race 1, Gillian lost the lead after the start and had to settle for P3 for the moment as the two cars in front battled for the lead. As minutes went by, the gap between P1 and P2 became bigger as Gillian got closer to the car in second place. After a big lockup from the car in front, followed by a contact, Gillian managed to get into second place just before pitting for his mandatory stop. Out on track, Gillian fought his way into the lead of the race before building a 47-second gap to the second-placed driver, taking his and the team’s first win in the Ligier European series.

The lesson was learnt for Race 2, as Gillian kept the lead heading into turn one and quickly built a gap to the car in second place. As the race was interrupted a few times for a safety-car and a couple of Full Course Yellow conditions, Gillian managed to stay in the lead of the race and crossed the line with a 4-second gap, also scoring the fastest lap of the race.

Overall, the team had a dominant debut in the Ligier European Series and now prepares for heat 2 in Imola next month.

Julien Gerbi, Team Manager: “It was a positive first week-end for Gillian and the team. We all discovered a new car and a new category, and are satisfied and impressed with what Ligier and the LMEM put in place. The series is strong and a great formation place, where we hope to fight for the championship this year. Gillian did a great job, no mistake and was quickest every time he went on track. We don’t need to comment much more than this.”

Gillian Henrion, Driver #16: “A perfect first weekend here at Le Castellet for us, we can’t dream of better with these 2 victories. After 2 difficult years for financial reasons, I am happy to be back on track. My motivation is immense and my rage to break into this sport is stronger than ever. We are working with the team to come back even stronger! Can’t wait to be in Imola in two weeks!”