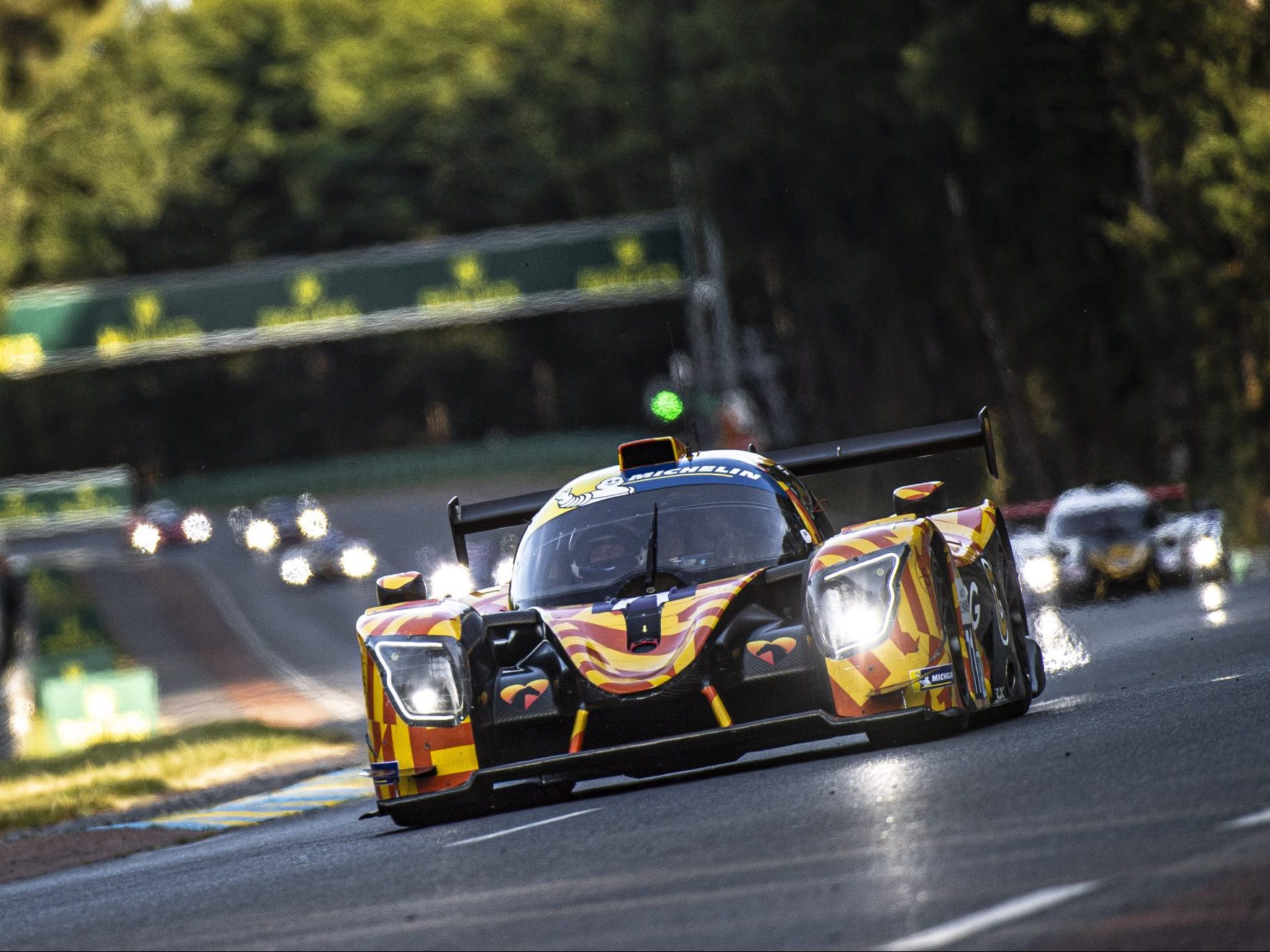 For the first time in the team’s history, Team Virage arrived in Road to le Mans with two cars driven by the usual Le Mans Cup lineup: Sacha Lehmann and Matthias Luethen on the #16 Ligier JS P320 and Garett Grist and Rob Hodes on the #71 car. Both free-practice sessions saw the team improving steadily, up to claim the second-fastest time in FP2 with Garett Grist.

The first qualifying session was dedicated to Silver drivers. Both cars started in the top 10 as Sacha qualified the #16 in P8 and Garett was P5 with #71.

An incident on track saw the intervention of the safety car for more than 20 minutes, which allowed the back of the field, including #71 with Garett Grist, to make their driver-change under safety-car conditions. Matthias Luethen had to wait for the following lap to join the race when the track went green, unfortunately making him ending at the back of the pack.

The second part of the race was heavily animated, especially for Garett who came back through the field to finish in 11th position, also scoring the second-fastest race lap. Because of the time lost under green during the pit stop, Matthias could not finish higher than 20th.

After the Silver drivers, the Bronze drivers took over for the second qualifying session which was shortened by a red flag. Matthias started the race from P9 and Rob in P13.

The first part of the race went smoothly for both drivers who found themselves racing following each other around the top 10. Halfway through the race, they let Garett and Sacha take over who started to come back through the field.

Separated by less than 3s during their stint, both Garett and Sacha stormed to catch up on the leading pack of the race, claiming respectively 6th and 7th place under the flag, which gave Team Virage its best overall result in Le Mans Cup. Following the post-race marshals’ decisions, the #71 was eventually classified 5th while the #16 received a penalty for overtaking under yellow flag and was classified 11th.

Rob Hodes, driver #71: “There’s nothing like a week at an iconic venue like Le Mans!  I had a very good start in race 1, running 4th for a bit.  Unfortunately, a slow leak in our right rear tire made the car hard to drive and it quickly exploded sending me into a triple spin.  We were lucky to get to the pits to change tires, do some makeshift repairs and continue.  Finishing 11th out of 45 was extraordinary under the circumstances.  In race 2, I had a great start and picked up quite a few spots.  I gave the gains back struggling with the front end and straight-line speed.  Needless to say, I was not happy with myself.  Our 5th place finish was pretty good from where we started and I was relieved to learn that being off my usual pace didn’t cost us a better finishing position. Garett drove absolutely lightning fast in both races.  A big thanks to team Virage for their tremendous work and performance this week!  Can’t wait for the next race at Spa!”

Garett Grist, driver #71: “It is always a pleasure to be at Le Mans, there is so much history there, especially during the 24H weekend with the crowd back in the grandstands. Race-wise, I think it was up and down. Rob had an accidental puncture in race 1 which wasn’t his fault and was very unlucky for us. We fell down to last and we managed to come back to 11th which is incredible. For race 2, it was a good straightforward race. Rob pitted in 14th and I finished 5th. The car felt great all weekend, Rob did a great job and so did the whole team and I cannot thank them enough for that.”

Sacha Lehmann, driver #16: “The meeting started well for me because I was in the rhythm quickly and especially on one of the fastest on track when I was driving. I had a new chassis this weekend and I had to get used to the car’s brakes which are different. In race 1, I started 8thand was 4thafter 2 laps on my first start of the year. And in race 2, I moved up from 11th to 6th in race 2 after taking over to finish the race. Le Mans was really special for me this year and I certainly want to go back next year.”

Julien Gerbi, Team Manager: “Le Mans has been a positive weekend overall. We showed once again we had the pace with both cars, and that we are close to transforming this potential into success. We keep on fighting and still have two weekends to concretise.”

The next Michelin Le Mans Cup race will take place in Belgium, on the circuit of Spa-Francorchamps on September 18th.